The phablet is one of the most anticipated devices this year

Xiaomi has officially announced via Weibo the launch of the phablet Mi Max 3 in China. The invites say it will launch on July 19. The successor, to the Mi Max 2, the device has leaked coupled of times, and last week the company’s founder and CEO Lei Jun posted an image in Weibo showing the retail box. It was also certified by TENAA and NCC revealing key specs of the device.

The Mi Max 3 will feature a massive 6.9-inch display with a resolution of FHD+ (2160 x 1080 pixels) and an aspect ratio of 18:9. It will be powered by the Qualcomm Snapdragon 710 chipset and is expected to be available in three configurations: 3GB RAM + 32GB internal storage, 4GB RAM + 64GB internal storage and 6GB RAM + 128GB internal storage which can be further expandable by microSD card. 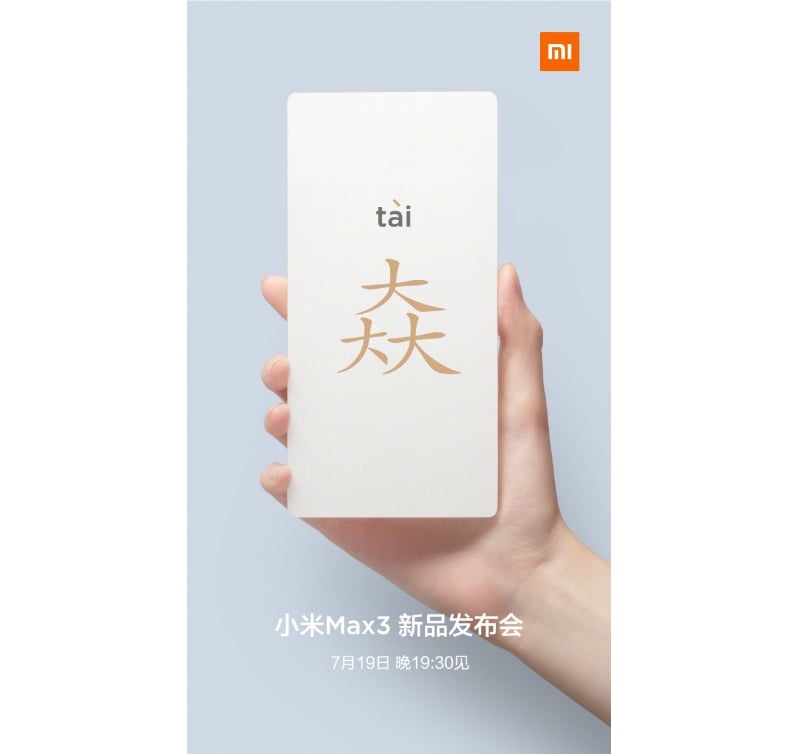 The top 4GB RAM + 64GB variant may be launched with the Mi Max 3 Pro moniker, which is speculated to cost around 1,699 Yuan (Rs 16,500 approx). It will be powered with the SD 710 chipset, but the lower two variants may house the SD 632 SoC. All the variants will sport a dual camera setup at the back stacked in a vertical position and a LED flash in between similar to the Redmi Note 5 pro on the rear of 12MP + 5MP configuration while offering a 5MP on the front for selfies and video calling.

It will run the latest MIUI 10 based on Android 8.1 Oreo and will be backed by a 5,400 mAh battery with support for Qualcomm Quick Charge 3.0 using the bundled 18W charger or Wireless Charging. The body is metallic, and there is a circular fingerprint sensor at the rear but it will likely to sport Face Unlocking as well. It is speculated that the device will be available in the following colour options: black, rose gold, gold, white, blue, red, pink, grey and silver.