The NCC certification reveals that the phablet will support Taiwan’s 4G band B1/B3/B7/B8/B38/B41 along with 2CA carrier aggregation but doesn’t provide B28 band support. From the Tenaa listing, we know the device will feature a massive 6.9-inch display with a resolution of FHD+ (2160 x 1080 pixels) and an aspect ratio of 18:9. 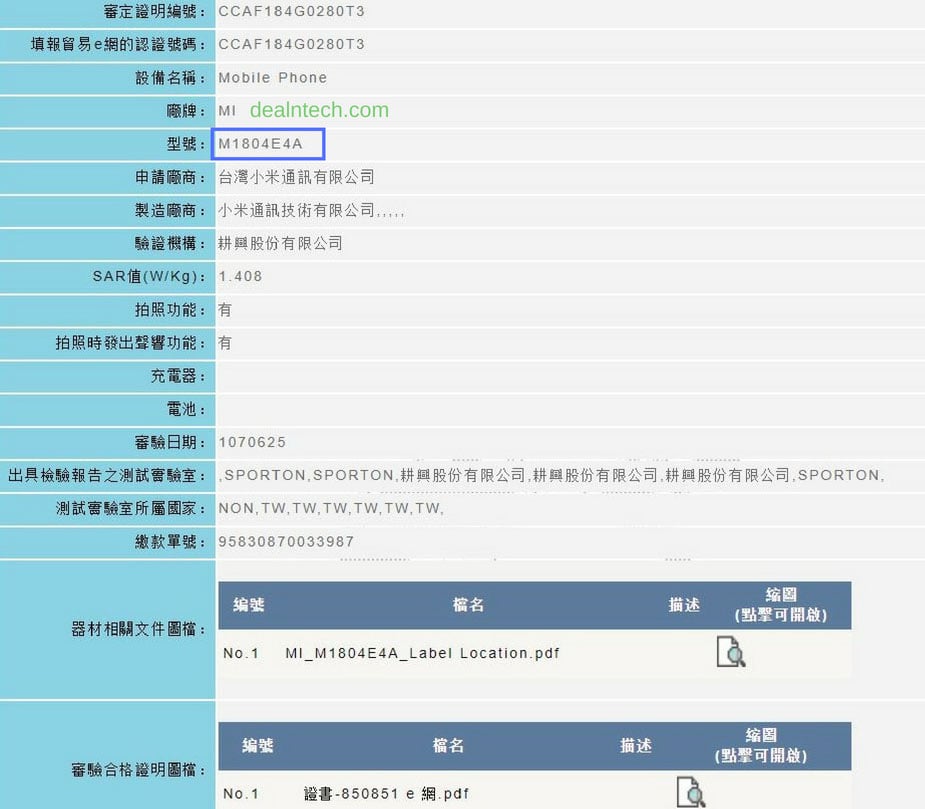 Recently a leaked screenshot that seems to show the official listing of Xiaomi Mi Max 3 Pro has also surfaced. The alleged screenshot reveals that it will be powered by the Qualcomm Snapdragon 710 chipset and is expected to be available in 6GB RAM + 128GB internal storage configuration. It will likely run on the latest MIUI 10 built on top of Android 8.1 Oreo and will be backed by a 5,400 mAh battery. 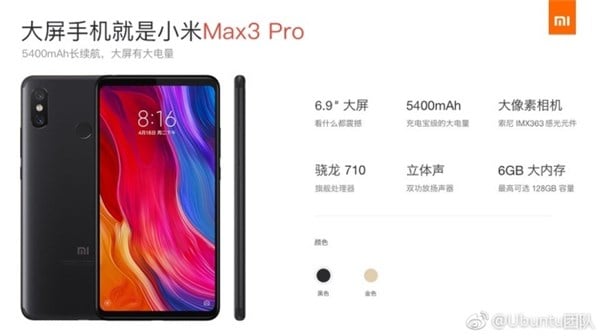 The Mi Max 3 is expected to sport a dual camera setup at the back stacked in a vertical position and a LED flash in between like the Redmi Note 5 pro, the primary sensor being a Sony IMX363 sensor. There is a circular fingerprint sensor at the back for added security though there will be Face Unlocking as well. It is speculated that the device will be available in the following colour variants: black, rose gold, gold, white, blue, red, pink, grey and silver.

The certification and the alleged appearance of the official website suggests the launch is around the corner. We expect an official word or a teaser from the company soon.