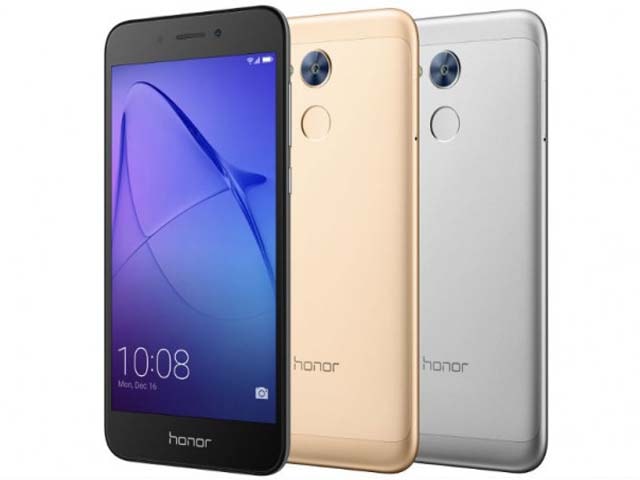 Chinese manufacturer Huawei’s sub-brand Honor launched a new smartphone in India, in its Holly series. It’s a new addition to its budget-centric smartphones named as Honor Holly 4; it’s the successor to Honor 3 which was launched last year. According to the official Honor website “The Honor Holly 4 is a brand new upgrade that draws on Honor’s legacy of quality. Finished with the sophisticated sandblasting process, it’s metal body is richly detailed and feels incredible in your hand. The multi-function fingerprint sensor makes interacting with the device even simpler”. On Tuesday, Vice president-Sales of Huawei Consumer Business Group India commented that the Holly 4 is a part of their festive offering to consumers wanting to buy a great device on a budget. He also added that the device sporting a sleek, elegant metallic design with a fast fingerprint sensor would surely be a big winner.

In terms of features, the Honor Holly 4 comes with an 8.2mm thick metallic body with curved corners. On the right-hand side, it features the volume rocker and power button. The device will be available in Grey, Gold and Silver colour. The smartphone comes with a 5-inch HD display with a resolution of (1280 x 720) pixels. Under the hood, it is powered by a Qualcomm Snapdragon 430 quad-core SoC (four Cortex-A53 cores clocked at 1.4GHz, and four clocked at 1.1GHz) along with 3GB of RAM. It comes with 32GB inbuilt storage, which is expandable via microSD card (up to 128GB).

On the back, it features 13-megapixel camera with PDAF support with different camera modes like Time-lapse, Pro Video, Pro Picture and Slow motion. The LED flash is placed on the left side of the camera along with the fingerprint sensor on the bottom which doubles up as a multipurpose key like browsing through pics, kill alarm, pick the call, take pictures and shortcuts. On the front, there is a 5-megapixel camera for selfies and video calls. There is a 3020mAh battery which claims to support 12 hours of HD video playback,10 hours of 4G browsing or 57 hours of music playback. The smartphone runs the company’s EMUI 5.1 operating system which is based on Android  Nougat (7.0).

The Honor Holly 4 is priced at ₹11,999, which put up against the likes of Xiaomi Redmi Note 4 (bigger battery), Moto G5, and the YU Yureka 2 (bigger camera). Comparing with the last year’s Honor Holly 3  which was released with 2GB of RAM and 13 megapixel camera the Holly 4 is expected to perform well in the market. But we all waiting to see the companies soon to be announced smartphone which is rumoured to feature four cameras and bezel-less design with an 18.9 display.