We may see a 20:9 aspect ratio display on upcoming Galaxy S11

Every year, people’s anticipation of a new Samsung Galaxy S device is always high. Now 2020 just a month away, reports have started to flood in about this upcoming flagship. As per the earlier reports, the Samsung Galaxy S11 will have a 108MP primary sensor. After that, we got another report from a tipster that the 108MP ISOCELL Bright HMX sensor we see on the Mi Note 10 is not the one the S11 will come equipped with. Instead, we will see an upgraded second-generation 108MP sensor.

Now there is another leak which confirms a 20:9 aspect ratio display and the second generation 108MP sensor. Also, it gives out the information that the S11 will be able to shoot 8K videos. This leak came in from XDA developers after looking through the code of the next Samsung camera apk. Now, 8K will be the move for the future and seeing how the Samsung Exynos 990 SoC has the ability to encode/decode 8K videos at 30 fps, 8K recording is almost certain. If in certain locations Samsung opts for a snapdragon processor, then we can expect the Snapdragon 865 to also offer the best with 8K recording.

Looking through the lines of codes, XDA developers were also able to confirm some other additional features which include Director’s View, Night Hyperlapse, Single Take Photo, Vertical Panorama, and custom filters. Now we will get a clear picture only after the S11 finally launches.

Now there is another rumour out there about this device, suggesting the time of its launch. Much like every year, Samsung will definitely launch the Samsung Galaxy S11 in the initial weeks of a new year. So this rumour is suggesting that the time-frame of the launch of Galaxy S11 is expected to be someday in the third week of February. 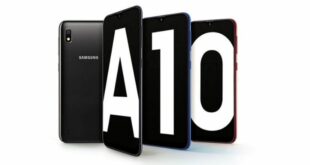