Intel K vs KF vs F CPUs: Know the Difference

You can see suffixes like K, KF, and F on the new generation Intel processor. These types of suffixes were absent in their previous generations. However, we all know that all suffixes have some particular meaning for them. This tradition has been followed by Intel and AMD both. Anyways, in this article, we will discuss what could be the meaning of these suffixes and what’s the difference between them.

What are the meaning of the K, KF, and F suffixes?

Intel K: The K suffix means that the chip is unlocked, allowing features like overclocking. It enables users to push the processor to its limits and get much better performance than regular performance. It would be best if you also had a powerful motherboard with an excellent cooling system. But this variant is the most expensive one from Intel CPUs.

Intel KF: The KF series is the most popular Intel CPU. This chip consists of all aspects of their K series except iGPU. The absence of integrated graphics (iGPU) means that users must use a dedicated graphics card on their PC. Because the monitor needs a graphic card to give better video output. Due to the lack of an integrated graphics card, this chip is comparatively cheaper than the Intel K series.

Which Intel CPU is the Cheapest?

The Intel K series CPUs are the most expensive from Intel as they also provide many features. On the other hand, the Intel F series is the cheapest as they don’t offer overclocking features with the chips. Also, F chips come without any integrated graphics card. That’s why the F series from Intel comes at a lower price than the Intel K series.

Are Intel K CPUs Faster than the Non-K CPUs?

The answer is yes. Intel K series are faster than other non-K series as they come with overclocking features. Because of this feature, these chips often have higher boost clock speed and provide maximum performance.

He is a fan of all things tech and gadgets. At DealNTech, he covers the latest news on mobiles and operating systems and always strives to provide quality content. When he's not rounding up tech news, Bitumoni can often be seen learning full-stack web development. 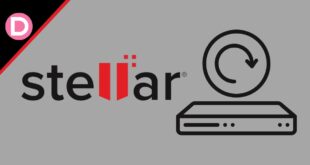 Stellar Data Recovery Review for Windows: Does It Really Work?

Windows 12 Release Date, Features, Requirements: All You Need to Know