The smartphone misses out a fingerprint sensor but supports Face Unlocking

Chinese smartphone manufacturer Huawei has added a new smartphone in its Y-series. Dubbed as the Y5 Prime (2018), the device was quietly introduced without any announcement or launch event. The smartphone measures 146 x 70.9 x 8.3 mm and weighs 142 grams. Unfortunately, the smartphone misses out a fingerprint sensor which is replaced by Face Unlocking. The trend is becoming mainstream on entry-level smartphones like recently seen on RealMe 1. The company also launched another entry-level smartphone, the Honor 7 Play earlier this week 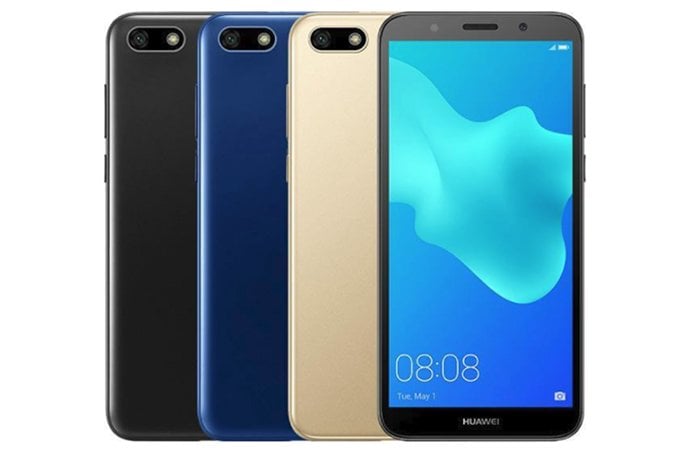 In the optical configuration, the smartphone sports a 13MP rear camera with autofocus and a LED flash while offering a 5 MP on the front for selfies and video calling. The smartphone runs on EMUI 8.1 built on top of Android 8.1 Oreo and is backed by a 3020 mAh battery. The battery claims a Power Saving 6.0 technology, which the company claims to give 62 hours of continuous music playback and 13 hours of video from a single charge. Connectivity features include 4G LTE, Wi-Fi 802.11 b/g/n, Bluetooth, GPS / GLONASS, a micro USB port and Dual SIM support (nano + nano + microSD). Sensors on board include an accelerometer, ambient light sensor, proximity sensor, digital compass.

It will be available in Black, Blue, and Gold color variants. As for the pricing and availability, the company is yet to give an official word or add on the website. Being an entry-level phone the device will be priced somewhere around Rs 6000-8000. The phone is listed on Huawei’s official website.