iPhone 11 was launched just a few days ago and along with it, we see a new processor on offer from Apple. This is the Apple A13 Bionic chipset, the successor to last year A12 Bionic chipset. However despite being a late 2019 chip, it is still a 4G connectivity which is a set back here, especially considering how other manufacturers are pushing one 5G modem enabled chip after the other. Especially when you consider the lastest flagship SoCs on offer from Samsung; Exynos 9820 and Exynos 9825 for the Galaxy S10 series and the Galaxy Note 10 series respectively. Both of these processors come with support for 5G connectivity. Now as the name suggests, the Exynos 9825 and 9820 does not differ from each other much at all. The only advantage of the Exynos 9825 over 9820 is the clock speed of the cores on offer. So how does this latest A13 Bionic chipset from Apple fair against the Exynos 9820 and 9825? Let’s have a detailed look at it.

From the design point of view, the Apple A13 Bionic comes with a Hexa-core design setup. Out of the six cores, two are lightning cores clocked at a speed of 2.65 GHz and the other four and Thunder cores designed specifically for more power efficiency. Over the last year’s A12 Bionic chip, Apple claims an improved speed of 20% and improved efficiency of 30%. The Apple A12 Bionic chip on its own is still one of the best SoC in a smartphone. So the A13 Bionic over that is a really big leap for Apple in terms of CPU performance of the device.

The Exynos 9820 comes with a normal 7nm fabrication, while in the case of the 9825, Samsung goes for the EUV 7nm fabrication. This gives the 9825 an edge over 9820 over the efficiency, even though it’s very minimal. Moving on to the A13, we get a second-generation 7nm fabrication. This results in the Apple A13 Bionic having a total of 8.5 billion transistors, which is higher than the Exynos siblings.

Moving on from the CPU to the GPU, both on the Exynos 9820 and the 9825 we see the flagship level Mali-G76MP12 GPU. Now even though both of them share the same GPU model, there is a difference in the clock speed of this GPU on both the processors. The Exynos 9820’s GPU functions at 720 MHz while the Exynos 9825’s GPU functions at 800 MHz. In the case of Apple though, they have their GPU which together with Apple’s optimization on software and hardware functions as a complete beast for graphics-intensive tasks. Apple here also claims an improve boost of 20% in speed and 40 in Efficiency. Apple also claims that this is the best GPU in comparison to all the other ones out there.

The A13 Bionic chip has its 8-core NPU, which is similar to last year’s NPU found in the A12 chip, but with improved performance. Now we see a 20% speed bump along with a 15% bump in Efficiency. So now performing AI tasks on an iPhone is faster than ever before. In actual interpretation, the NPU on the A13 Bionic chip is capable of performing 1 Trillion tasks per second.

Now for both the Exynos 9820 and 9825, we have the same NPU unit. There is no difference here at all except the fact they both of them are capable of performing AI tasks 7 times faster than last year’s NPU on the Exynos 9810. In terms of numbers though, we can conclude that A13 Bionic leads the AI category against the Exynos siblings.

As it is evident from the huge difference in the numbers, the Exynos 9820 and 9825 are way behind the A13 Bionic in terms of benchmark scores.

As per Antutu scores, the new Apple chip dominates over the flagship SoCs from Samsung.

There is not much of a difference between the Exynos 9820 and the Exynos 9825 and the numbers also suggest the same. We can expect a similar outcome from both of them in terms of real-life usage. However apple’s new chip, the A13 Bionic chip just sends both these Exynos processors out of the park with a single blow. In terms of CPU, GPU, NPU and even benchmark scores, the A13 Bionic chip lead in all department. This was what we expected as Apple claimed that this is indeed the fastest CPU and GPU combination in comparison to all the smartphones out there. 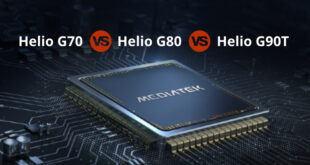 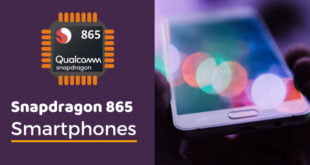