All the top flagship smartphone manufacturers are now working on adding a 5G compatible smartphone to their list of devices. First to do so was the Samsung Galaxy S10 5G, and the next to follow was the LG V50 ThinQ 5G. Now other brands including Huawei, Oneplus and many more working together with certain telecom operators to offer the same 5G services on their flagship offerings. Now Realme too is not a company to sit back and watch others do their bidding. Realme too has indicated that they will be launching a 5G smartphone this year.

The news about plans regarding a 5G smartphone first came into the surface when Realme’s Chief Product Officer Derek Wang hinted about it. As of now, no word of certainty is given regarding the specifications of this device, but it will surely be powered by the most capable Snapdragon 855. As of now, only the Qualcomm Snapdragon 855 has the necessary tech to build a 5G compatible smartphone. 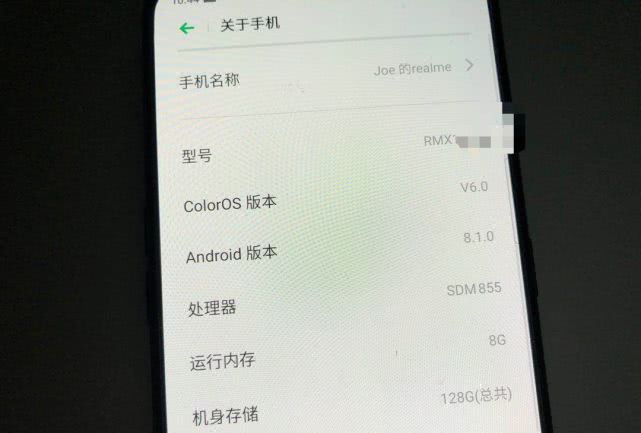 Recently, an alleged image of unknown Realme phones’ “About” section surfaced online showing that the device will run on Snapdragon 855 SoC. The image also reveals that the phone will be equipped with 8GB RAM/ 128GB storage combination. It will run on Android 8.1.0 and ColorOS 6.0 system. Leaks suggest that it will be a pricier variant of the most recently launched Realme X and it will probably be called Realme X Pro. The company may launch this phone later to take on Redmi K20 Pro, which will also run on the same Qualcomm chipset.

Newly launched Realme X and X Lite’s bigger variant model will probably be the new 5G compatible device, or maybe the company is planning a different phone with 5G connectivity. It will probably be built like the Realme X but with a better and more powerful processor.

He is a journalist at DealNTech. He writes on general Android related tech news. He contributes in other categories too. He was working for many other publications. Now a proud member of DealNTech team. He is also a good programmer and web designer. Email: [email protected]