iPad Pro 2022: Release Date, Specifications, Price in US and UK

Now that it’s been a year since the launch of the iPad Pro 2021 lineup, we are waiting for a new upgraded iPad Pro this year. Last year, we saw massive improvements to the iPad Pro like the M1 chip, thunderbolt port, 16GB RAM and 1TB storage. These new features captivated the users and fans.

Apple recently released the iPad Air 5th generation with the same M1 chip as the Pro models at an affordable price. The new iPad mini also features a similar design to the Pro models and a powerful chip, the A15. This further blurred the line between the iPad Pro 2021 and other iPad models, making them very similar. Let’s see what new and unique features Apple will bring to the next iPad Pro to better differentiate it from the other iPad models.

Update August 15: A report from Korea reveals that Apple will unveil a new low-cost iPad alongside the M2 iPad Pro 2022 in October 2022. The entry-level iPad will arrive as a successor to the iPad 10.2 (2021). It will be slightly thinner than its predecessor and will have a larger display. The tablet will be powered by the A14 Bionic SoC and support 5G.

However, since there should be an iPhone launch event at the end of this year in September, we can expect the iPad Pro 2022 to launch in the same event. This should be no surprise as we saw the release of the iPad 9th generation during the iPhone 12 event held last year.

Recent reports suggest that the iPad Pro 2022 might feature a titanium alloy body for better durability. The display will be more scratch-resistant and have thinner bezels than its predecessor. A redesign seems impossible as of now.

As for the chip, we may see the Apple M2 chip and up to 2TB of storage in these pro iPads. The ‌M2‌ SoC packs an 8-core CPU and a 10-core GPU, two more GPU cores than the M1. Apple has improved the efficiency and performance of the existing 5nm process for the M2 chip.

The above price is not official, and it is based on the pricing of the iPad Pro 2021. The iPad Pro 2022 could be priced at a similar price range as its predecessor.

These are just early details; hence, specs and other details may alter over time. The iPad Pro 2022 seems very good, according to the earlier leaks and rumours. What do you think of the new iPad Pro 2022, and what new features are you expecting in the iPad Pro 2022? Let us know in the comments. Stay tuned for the latest news on iPad and other Apple leaks. 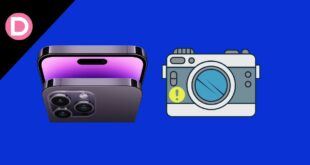