Samsung is not only aiming at the top and middle segments with the S9 series and the A series but will also aim for the lower segment. Two new Samsung smartphone have passed 3C certification. The smartphone had model number SM-J3300 and SM-J3308. Both of them passed the 3C certification on 18 January 2018.

Since both of them contains the letter J on the model number we can assume both are smartphones are from J series. Also, the charger is mentioned to be 5V/1.55 A on both the smartphone which means none of them will be coming with fast charging support. It hints at a smartphone in the budget segment. But without any specs, all we can do is speculate.

Previously a Samsung model appeared in GFXBench in November 2017 which had model no SM-J337 which is very similar to the devices that got the 3C certification. The device is assumed to the Samsung Galaxy J3 2018.

According to the GFXbench listing, the new Samsung SM-J337 comes with a 5-inch display with HD(1280 x 720) resolution and is powered by Mali-G71 GPU and with an unknown chipset coupled with 2 GB of RAM and 16 GB of internal space. It will sport a downgraded 8 MP camera sensor on the rear and a 5 MP camera sensor on the front, both of which can record 1080p videos.

The recent clearances of the two Samsung smartphones indicate they are ready to be shipped to the market. We can expect them in the first quarter of 2018. These devices may also make an appearance in the upcoming MWC 2018 next month. 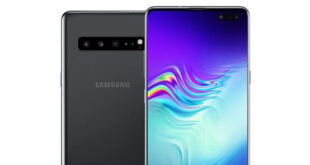