The Duo 2 was not well received for its form factor, so the Microsoft Surface Duo 3 might change that

Microsoft didn’t release a Surface smartphone in 2022. The original Surface Duo hit the market back in 2020. It faced criticism for lack of practicality and unambitious, poorly optimised software. The exterior design was excellent, and the hardware was great until you turned the phone on.

The bezels were abnormally thick, and the phone had a terrible aspect ratio for content consumption and multitasking. It technically folds in half, but the two screens are separate.

We expect second-generation experimental phones to have significant improvements over the previous generations. We already saw this happen in the case of the Galaxy Fold.

The first generation of Surface phones nailed the hardware. They were razor-thin and had an extremely satisfying hinge mechanism. The 360-degree hinge is a perfect balance of smoothness and firmness, and it can stop at any angle.

Since the phone was in development for one year, it had the chip from the previous year with the outdated and poor-quality camera hardware. There were a lot of performance hiccups, lags, and stutters, and the low 60Hz refresh rate made it worse. The battery life was rough as well.

While the multitasking features were good enough, core phone basics suffered. It had poor speakers, performance, terrible cameras, and not the best screens on the market. The phone also had unoptimised software, which was buggy and unrefined for the 1400$ tag.

The practicality of Microsoft Duo phones always suffered, so they never got good reviews. The update cycles were poor too. The phones were, as a result, never picked up or adequately acknowledged by the mass market, making low to negligible sales volumes and profit margins.

People expect significant improvements with second generations, but the Surface Duo 2 ended up as one of the worst phones of 2021. The display moved to 90Hz, with slightly usable cameras on the back. Software and touch response issues still weren’t fixed with the second generation.

The third generation, the Surface Duo 3, will use an internal folding screen with an external cover display with a 180-degree hinge, similar to the existing Vivo X Fold. This is according to a new report from Windows Central.

Windows planned a dual-screen design for the Surface Duo 3, but it didn’t work out in the end. Microsoft supposedly spent a long time experimenting with the dual-screen form factor, and there were many hardware prototypes.

The report suggests taller and narrower displays with slimmer bezels too. Microsoft might finally add wireless charging to the Surface phones. Microsoft still owns design patents related to 360-degree foldable with hinges that fold all the way back, but the upcoming Duo 3 will probably not use a dual-screen mechanism.

MacBooks are known for excellent optimisation and integration with iPhones. Microsoft plans to collaborate with Android to bring similar ecosystem features, like Handoff or Continuity. The tagline “Perfect Together” signifies this.

The report further says that Microsoft might launch other large-screen phones under the Surface name. It might be new surface tablets, but the report does not go into much detail.

While there’s no exact launch date planned, it’s not happening in Q1 or Q2 2023. The launch is probably sometime after September. The name “Duo” is not final. They might even call the product the Microsoft Surface Fold, signifying the change in form factor. 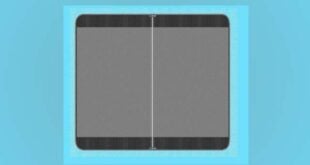