In the world of smartphones, three main chipset manufacturers provide the processor necessary to all the devices we see out there in the market, named as Qualcomm, MediaTek and Hisilicon. Here we are going to see a comparison among three processors, one belonging each one of the above-mentioned manufacturers. These are Qualcomm Snapdragon 712, MediaTek Helio G90T and Hisilicon Kirin 810. All these are very powerful processors and fall just below the flagship tier. Let’s take an in-depth look and their differences.

In terms of support, all three of them support UFS 3.1 storage along with support for LPDDR4X RAM.

With the popularity of mobile gaming on top at the moment, the manufacturers needed to ensure a smooth graphics performance and they did so with each of them.

The Helio G90T comes with Mali G76 3EEMC4 GPU, which is considered one of the best ones for those top tier games. It is built on the 10nm process, and power-efficient in compared to the other two in this comparison.

The Kirin 810 has the Mali G52 MP6 GPU onboard, which clocks at 850 Mhz at max. But Kirin’s additional features to enhance the graphics performance more than makes up for the lower clock rate.

Lastly, on the Snapdragon 712, we see the Adreno 616, which is built on a 14nm making it less power efficient and in real usage is also a lot less capable as compared to the other two mentioned above.

So in terms of gaming, the Helio G90T and the Kirin 810 go hand in hand. However, the one standing, at last, is the Snapdragon 712 here.

The Snapdragon 712 can support a single 48MP camera at 30fps, which can be boosted up to 192MP by making a few adjustments in the software side of the processor. There are a few downsides to this though.

It is hard to pick a winner here as each processor does an equally fine job.

All three are capable processor but in testing, we have found that the Helio G90T and kirin 810 has a slight edge over the Snapdragon 712. However, the optimizations on the 712 make it more stable than the other two, which makes the main difference in real-life usage on a phone. On paper, though Kirin 810 seems like the best, followed closely by the G90T at second and Snapdragon 712 at third. 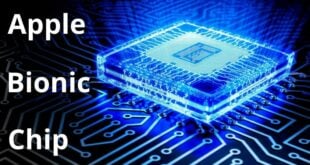