Samsung Galaxy C10 Plus Listed on Antutu; Reveals Its Specs

As for it internal specifications, the Galaxy C10 Plus will be powered by a 64-bit Octa-core Qualcomm Snapdragon 660 chipset with Adreno 510 GPU. The exact score is not yet revealed. However, the benchmarking tool claims the device performance is lower than other smartphones with the same chipset. It will be coupled with 6 GB RAM and 64 GB internal storage.

The smartphone will run on Android 7.1.1 Nougat with a later Oreo update expected. Though no more details about the smartphone are revealed, a previous rumour claimed that the GalaxyC10 would be backed by a 4,000 mAh battery support for fast charging. The C10 plus will also likely to feature the same battery and should have enough juice to run a day with moderate use and a little gaming.

The same report claimed that the company would unveil the smartphone between May and June this year. As for the pricing, the device is expected to come with a price tag of EUR 630 (Rs 50,000 approx). But this new specs revelation hints that it will cost the same around the price of the Galaxy A8 Plus 2018 which is Rs 32,990 in India. 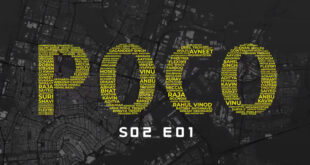 POCO X2 Smartphone May Launch in India in February 2020