Last month, Samsung Galaxy A90 and Galaxy A91 were spotted on Samsung’s Hungarian official website hinting at their imminent launch. Now we have the Galaxy A90 available for purchase but where is the Galaxy A91 left behind. Well, now it seems that the wait is over as the full list of specifications of the A91 has surfaced online. Leaked specifications always suggest towards an upcoming recent launch. This list of specifications is now available for anyone to see courtesy of Sammobile. So let’s take a look at the hardware we will be getting from this upcoming Samsung 5G phone.

First of all the screen remains the same as the Galaxy A90 with a 6.7-inch Infinity-U FHD+ Super AMOLED display. Yes, the resolution is still stuck at FHD+. Also, the device is said to have the Qualcomm’s Snapdragon 855 processor which is the same as the A90. This is a flagship tier processor found in the likes of Oneplus 7 Pro, Asus ROG 2, Asus 6z and so on. In terms of storage as per the leaks, we are sure about a variant with 8GB of RAM and 128GB of internal storage. Much like other Samsung smartphones, this comes with an option to expand the storage up to 512GB.

Moving on to the cameras, we see a 48MP primary camera with OIS and an aperture of f/2.0. Assisting it we have a 12MP wide-angle shooter and a 5MP depth sensor camera. Coming to the front end, we have only a single 32MP shooter here with an aperture of f/2.2. We will have the same 4,500 mAh battery as the A90 but with a much faster 45W charging technology. It will be powered up by a USB-C port, and will also have Bluetooth 5.0 and NFC for Samsung pay.

Now the leaks suggest that it will run on Android 10 out of the box. Samsung has not yet launched Android 10 based OS for their devices. It will be Samsung’s OneUI 2.0. However, Samsung has a track record of launching their new Android-based OS only when they launch a new S series device. So, will Samsung launch A91 now with Android 10 based OneUI 2.0 or will we have to wait for the Galaxy S11 to see the OS update, and just experience Pie in the A91? Samsung may also launch the A91 way past the Galaxy S11’s launch. Now nothing can be said with certainty as the leak is also pointing towards the A91 running Android 10 out of the box. We will just have to wait and see what Samsung has on offer for us. 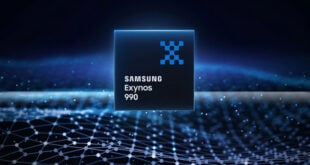