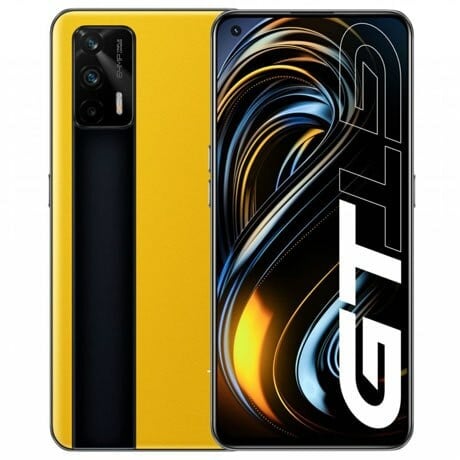 In the first place, the specification of the Realme GT Neo Flash includes a 6.43-inch Super AMOLED capacitive touchscreen with a resolution of 1080 × 2400 pixels. The aspect ratio of the display is 20:9 and the pixel density is 409 PPI. Also, the refresh rate of the display is 120Hz. Above all, it runs on a MediaTek Dimensity 1200 5G processor paired with 8GB/12GB of RAM and 256GB of internal storage.

The phone runs on the Android 11 operating system with Realme UI 2.0 on top of it. It has a 4500 mAh non-removable battery with 65W fast charging.

In the camera department, the Realme GT Neo Flash sports a triple rear camera setup: a 64MP wide lens, an 8MP ultrawide lens and a 2MP macro lens. In contrast, the front camera gets a 16MP shooter.

The pricing of the Realme GT Neo Flash might start at Rs. 25,899 in India.