Today Chinese smartphone manufacturer OnePlus has released a mysterious poster on Weibo. According to the poster, the company will be launching a new OnePlus 5T colour variant on January 5, three days from now. As per speculations, the new colour variant will be the OnePlus 5T White Sandstone variant. This is thought because of the fact that the already launched OnePlus Star Wars variant adopts white sandstone material overseas. The poster colour also suggests the device might be White Sandstone with the noisy background.

The company hinted about this variant earlier this week by publishing a video called “What’s in the Box?” in which random people were seen touching a device inside a box and speculating about the device. The guesses ranged from “textures”,” Smooth”,” grippy” and even “like a stone” which hinted to the Sandstone variant previously also launched for the OnePlus One and OnePlus 2 smartphone. 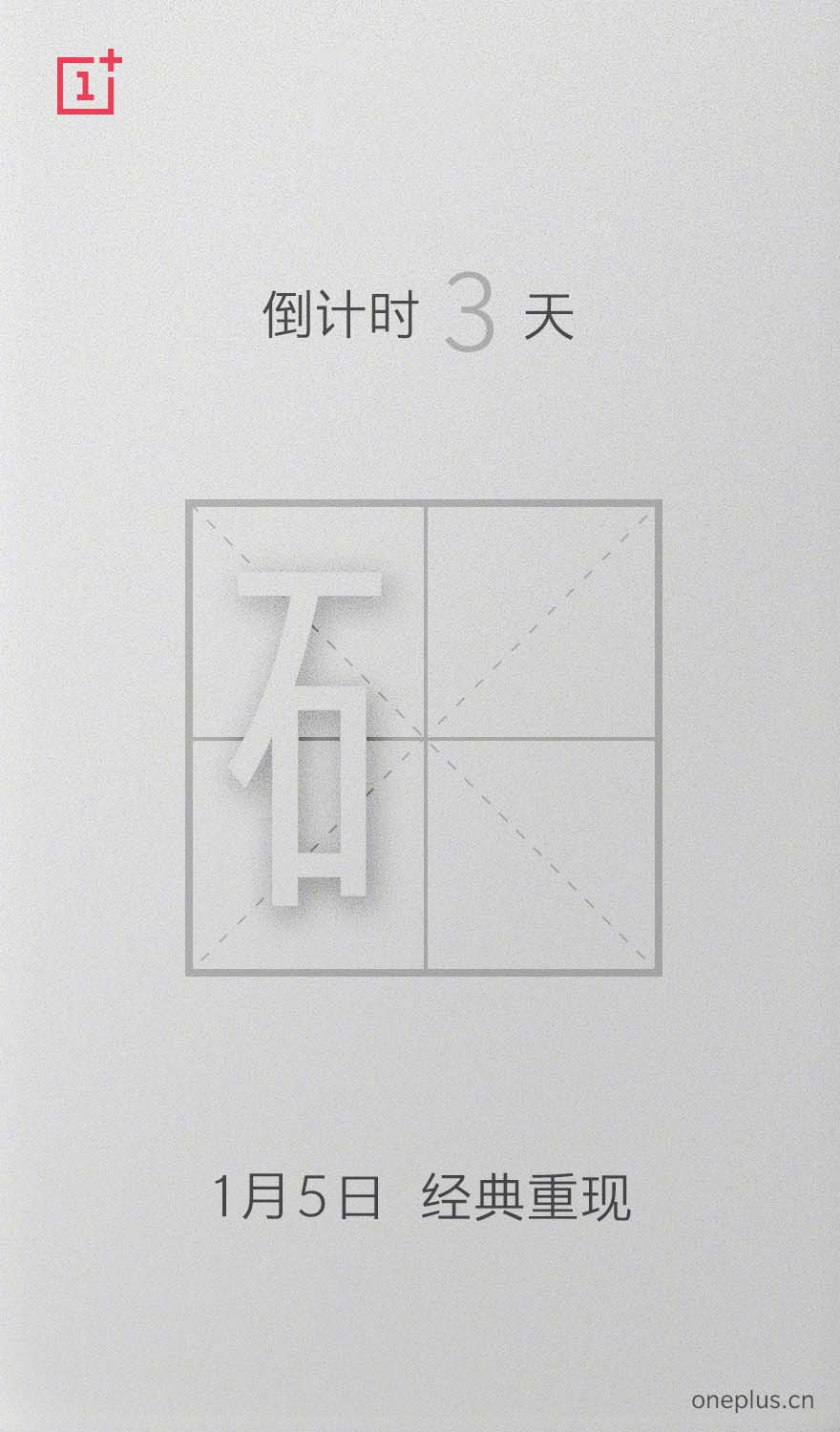 The decision to launch this device may be due to the fact that the OnePlus 5T Star Wars Edition is not available in China and they are yet to get a special edition aside from the regular colour variants. The OnePlus 5T Star Wars edition had a White Sandstone back panel depicting the white coloured salt plains of the planet Craig from the movie. Similarly, the new White Sandstone variant is also expected to feature the same.

As for the specs, the device will likely sport the same specs as the OnePlus 5T Star Wars variant and will be priced above than the regular variant. We will be covering more on the device launch on January 5.