Since the last two days, we have all noticed an OnePlus 5T Benchmarking result. We even wrote a post regarding the GFXBench spec sheet. But there was no actual benchmark of the OnePlus 5T on the GFXBench website.

Let’s take a look at the screenshot circulating as benchmark result. 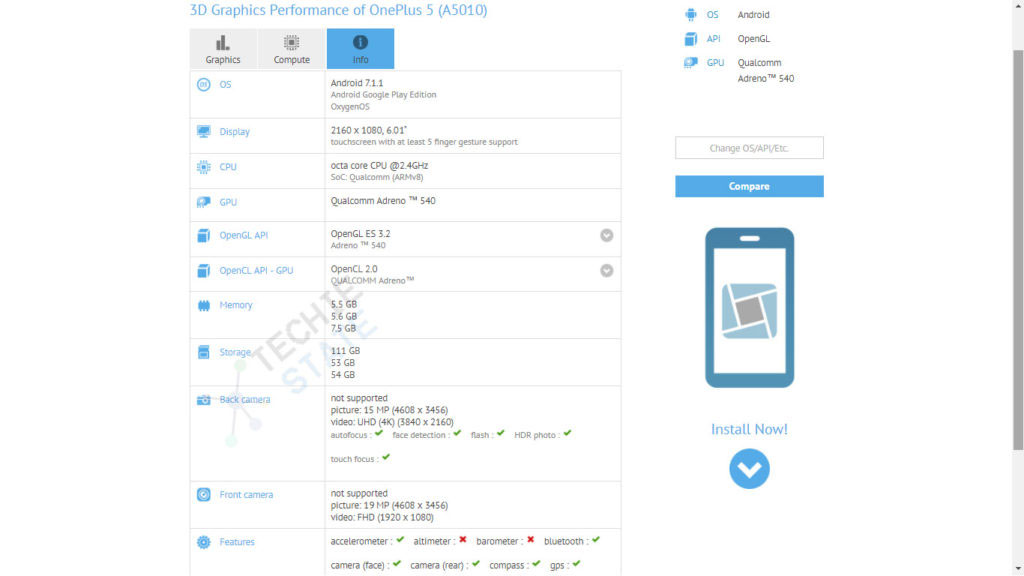 This alleged benchmark image was leaked on the web. After this confusion, we send an email to have an official confirmation, and they replied soon confirming that the image was fake.

This was what they replied:

The screenshot is fake. We believe that someone modified the webpage of OnePlus 5 ( A5000) locally in their browser and took a screenshot. We have no such entry in our database.

Click here to check the modified webpage of Oneplus 5 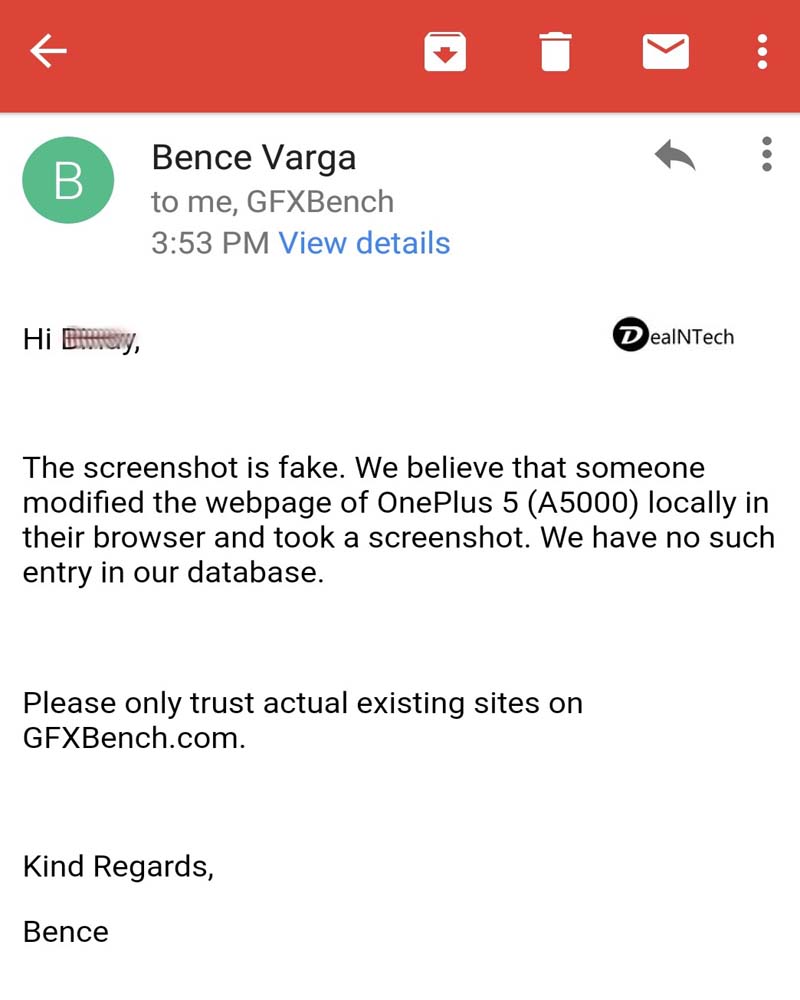 The benchmark pictures can be easily modified with commonly available editing software. However, the modification was done based on the rumour that the OnePlus 5T will have an upgraded front camera. But they didn’t update the pixel (4608 x 3456) resolution.

However, amidst all this confusion, our previous report of the OnePlus 5T announcement date has come true.  The company announced yesterday that they are all set to launch the upgraded and revamped version of the OnePlus 5, the OnePlus 5T at a global event in New York City on November 16. The company will launch the device in various locations in India at 9.30 pm on Thursday according to the IST. The launch event will be live aired in selected PVR theatres across Delhi, Mumbai, Bangalore, Hyderabad and Pune.

The New Your city launch will have a limited attendance comprising largely of media persons. One ticket for the event cost $40  (Rs 2,593 approx). In India, you can watch the whole event at PVR for just Rs 99 on Bookmyshow, which will be starting on November 8 from 10 am onwards. Also, there will be some early launches. It will go on sale in North American and Europe on November 28, just 12 days after the announcement. The device will be available via Amazon India and OnePlus online store from November 28 in India through a flash sale. China will be getting a late launch date on Nov 1.

The device is expected to be slightly expensive than the OnePlus 5. Its speculated price is CNY 4,000 (Rs 39,000) for the regular 6 GB version while the 8 GB version may cost more than it.

OnePlus 11 Pro Release Date, Specifications, Price in the US