These Snapdragon chipsets will be powering the 2018 smartphones

Apart from some top manufacturers like Huawei, the majority of modern smartphones are powered by the Qualcomm’s Snapdragon series of processors. The 2017 year smartphones were ruled by chipsets like Snapdragon 660, 630. Today we spotted a leaked image on Weibo which shows the specifications of Qualcomm’s next mid-range chipsets Snapdragon 670, Snapdragon 640 and Snapdragon 460.

The Snapdragon 670 is the successor of the 660 chipsets whereas the 640 is of 630 and the lower 460 will be replacing the Snapdragon 450. The biggest change is the processing technology of 670 and 640 which have been upgraded to 10 nm from the 14 nm of SD660 and the SD630. These two now share the 10 nm processing technology of the higher S835 and the S845 along with Samsung Exynos 8895 processors. These will be resulting in more power efficiency in the upcoming chipsets.

As for the graphics department, the  SD670, SD640, and the SD460 will be carrying Adreno 620, 610 and 605 and 2MB, 1 MB of cache respectively. The SD670 and the SD640 can support two 13 MP dual cameras and one 26 MP camera whereas the SD460 can support only one 21 MP camera. The upcoming Snapdragon chipsets are also likely to consume less power than the previous ones. 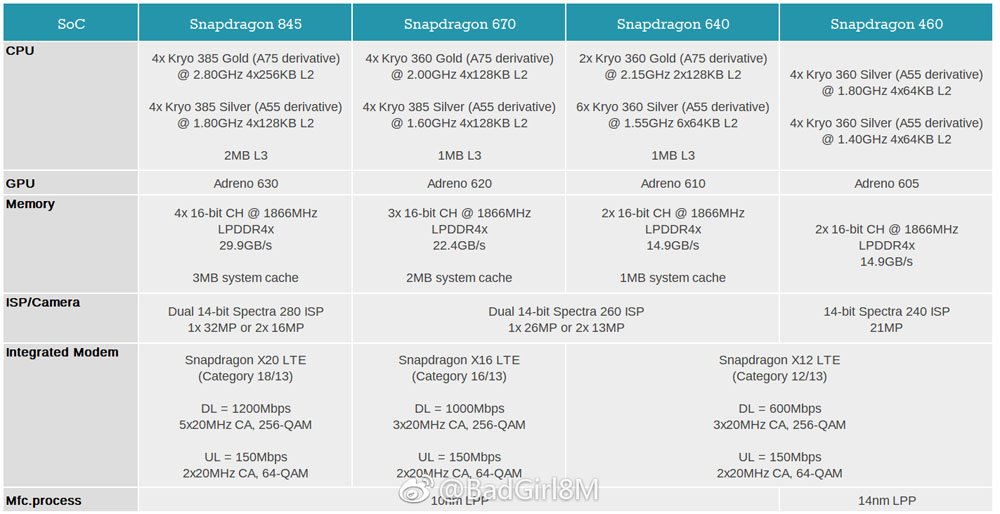 Additionally, the Qualcomm 670 chipset was also mentioned by famous leaker Roland Quandt on this twitter handle @rquandt. He further specifies that the upcoming chipset will support WQHD displays and support up to 64 GB of LPDDR4X RAM. The upcoming chipset will also support up to 64 GB of eMMC 5.1 flash storage. He also mentioned that the Snapdragon 670 processor would support up to 22.6 MP rear camera and 13 MP front-facing camera which is optimal for mid-range smartphones.

Earlier this month Qualcomm announced their Snapdragon 845 chipset which includes the Adreno 630 GPU with support for AI frameworks such as Google TensorFlow. It will be using eight cores with four high-performance ARM A75 cores and four power-efficient A55 cores. It will be supporting upto 16 MP dual cameras and 32 MP single camera along with slow motion 4K videos at 60 FPS. 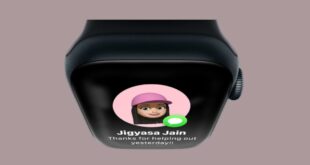 How to Set up Telegram & Signal on Apple Watch Series 7 and 8?