Back in February, we heard (via Gizmochina) that Lenovo owned device maker Motorola has partnered with the rugged phone maker Bullitt Group. Bullitt is now preparing to launch a new range of Motorola-branded rugged phones that will be drop-proof and shockproof. For those unaware, Bullitt Group is a UK-based phone and consumer electronics company and they are behind the Cat, Kodak, and Land Rover smartphones. They entered the rugged smartphone sector back in 2009.

Now it looks Moto-branded rugged smartphones will soon hit the market. We have exclusively managed to get some key specs of the upcoming Motorola Rugged Smartphone. We can confirm that the upcoming Moto-branded rugged smartphone will be backed by a 5000 mAh battery with 20W fast charging support. Qualcomm’s Snapdragon 662 11nm chipset (that packs Adreno 610 GPU) will be present under the hood of the device. Other specifications and launch date are unknown.

It will be the first rugged smartphone to be made by Bullitt Group using trademarks and logos owned by Motorola Trademark Holdings. We will know more details about the phone in the coming weeks since it is expected to be introduced soon. Earlier, we saw Moto Z Force and Moto Z2 Force with a shatterproof display, but these are not rugged smartphone in the true sense of the term. 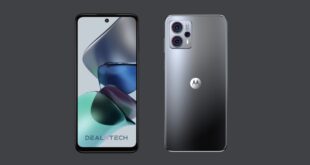