The Invitation comes in a brick package, confirms the device to be called the Meian S6

Chinese smartphone manufacturer Meizu has announced that it will hold a new product launch event on January 17 in Beijing. The company will be launching the new Meilan S6 in the event.

In the poster, the invitation of the Meilan S6 launch is in the form of a brick covered in dark blue lacquer. Meilan means Charm Blue. 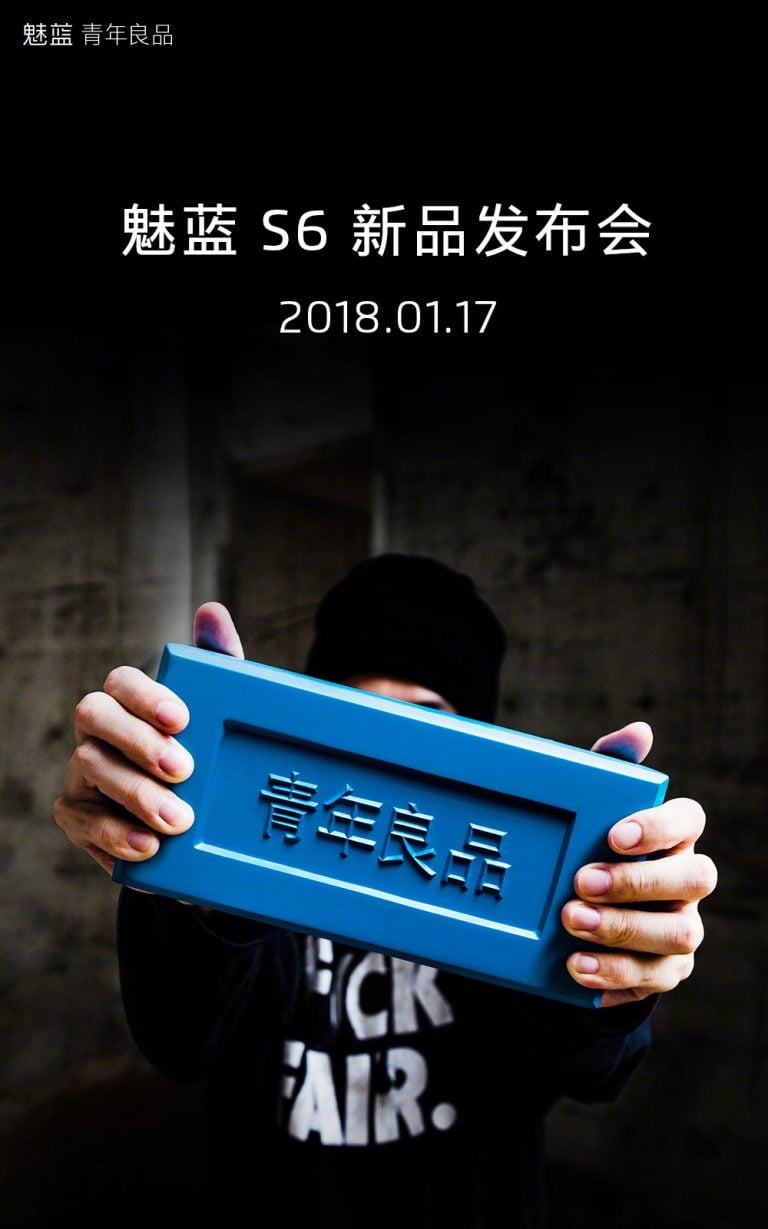 The invitation states that the Meilan S6 will officially debut on January 17 in China National Convention Centre.

According to the rumours and specifications, the Meizu Meilan S6 will sport a full-screen design and will carry a Samsung’s hexagon core Exynos 7872 processor under the hood. It will likely be offering three variants: 3 GB of RAM + 32 GB internal storage, 4 GB of RAM + 64 GB internal storage and the third variant is still unknown at this moment. The device will be backed by a 2930 mAh battery and is said to possess a fingerprint sensor on the side. The symbolic physical mBack button will be replaced with a virtual button.