Chinese smartphone manufacturer Gionee could be working on a new device which will be placed at the lower mid-range segment. The device which features a model no F205 was first spotted on the GFXBbench listing. The Gionee F205 could be a new device in the company’s F series of smartphones.

As per the GFXBench listing, the device sports a 5-inch multi-touch display with a screen resolution of 1440 x 720 pixels. Inside a 1.5GHz Quad-core MediaTek MT6739 (Cortex A53 – ARMv8) processor runs along with IMG PowerVR GE8100 GPU in the graphics department. The device features 2 GB of RAM and 16 GB of internal memory of which only 10 GB is available for the user to use. The Gionee F205 comes with an 8-megapixel autofocus camera on the back along with a LED flash. The camera has features like 4K quality recording, face detection, touch focus and more. On the front, it features a  5-megapixel camera for video calling and shooting selfies. The cameras look decent on paper. 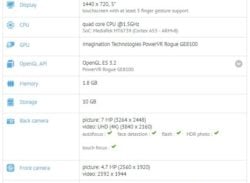 The device runs on Android 7.1.1 Nougat with the company’s Amigo UI running on top, but it may get an Android Oreo update later this year. However, there is no word on the battery which we can speculate will be around 3000-3500 mAh. Connectivity options include Wi-Fi, Bluetooth and GPS and have an array of sensors like compass, barometer, Proximity sensor, light sensor, accelerometer and more. Although not listed we can expect the device to support 4G LTE. As for the design, the Gionee F205 could come with a slim and metallic body and a rear fingerprint sensor like the F103 pro.

Gionee has a lot of smartphones in its M (M6, M7) series along with other smartphones and to be released in the first quarter of next year. We are expecting the announcement of the new Gionee F205 from the company soon. 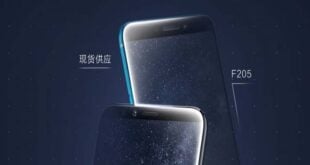 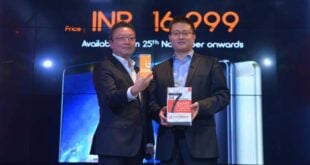 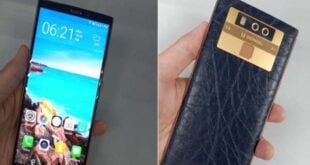